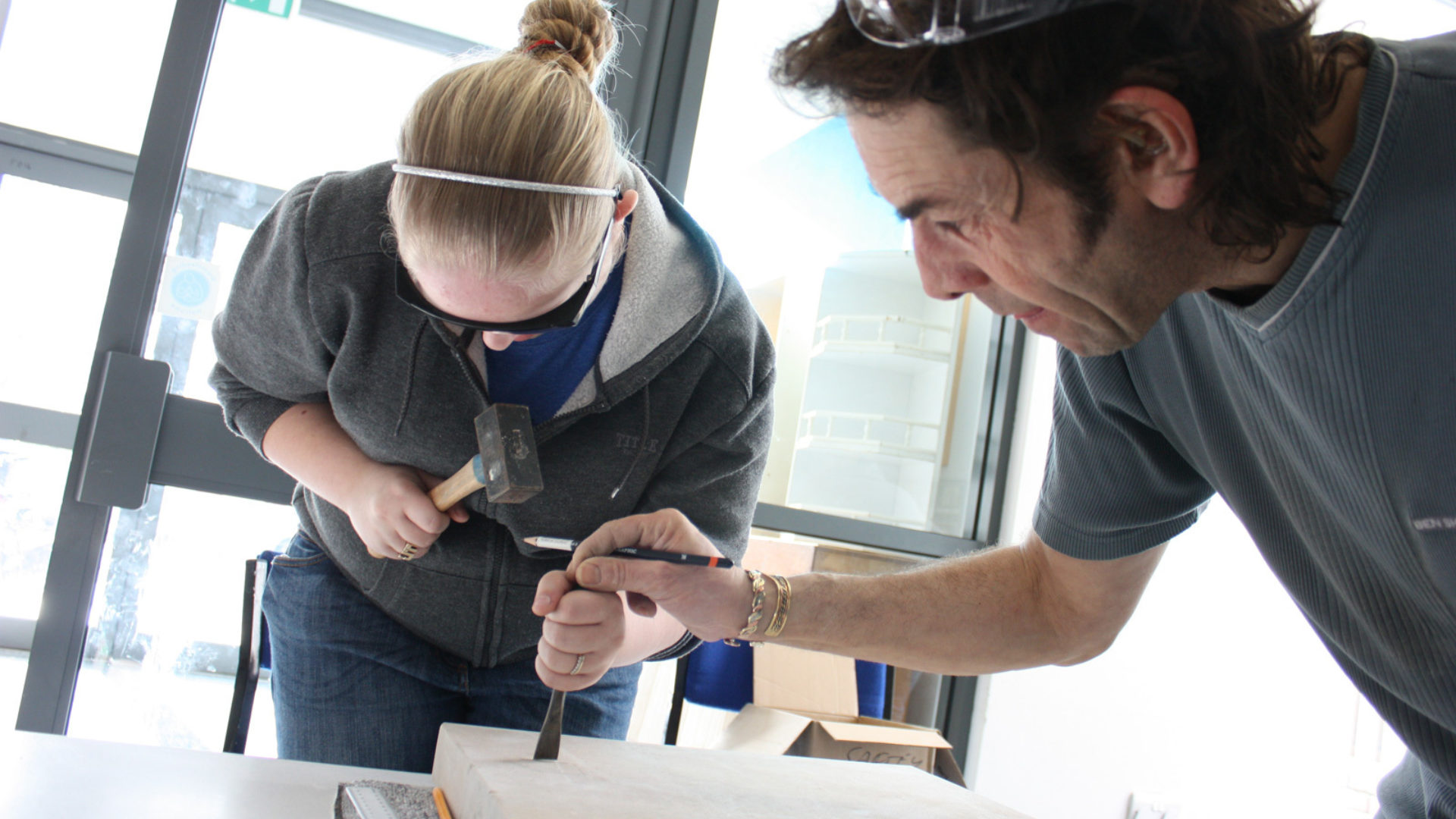 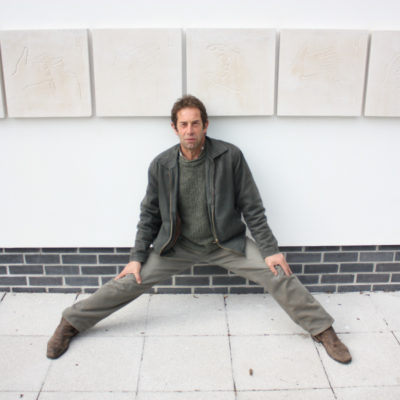 Jonathan worked with Take a Part on the ‘Something for the weekend’ sculpture project.

Jonathan worked with Take a Part on the ‘Something for the weekend’ sculpture project engaging an Efford young women’s group in carvings for a local park. Following that Jonathan worked with community arts group Crazy Glue and Take a Part to produce carved stone panels for High View School. The panels consisted of carvings of hands signing the Makaton word for ‘Welcome’

Jonathan is a sculptor in stone and other media, designer, workshop leader in arts, commissioned artist who exhibits and does demonstrations and talks.

Jonathan works in Dorset and is well known for his stone sculptures. He was self-taught until the age of twenty five when he went to college in Weymouth to study architectural carving/stone masonry.

He has demonstrated and exhibited his work extensively both in this country and abroad.

In 1994 Jonathan won a major sculpture competition, which led him to produce his first large commission Christchurch Priory’s 900th anniversary. This sculpture, standing nearly ten feet tall, can be seen in the grounds of the priory.

Jonathan has run workshops for primary school and secondary school children, as well as adults.

For more info you can visit Jonathan’s website here

Something for the Weekend

The Efford community were offered the opportunity to work with 3 artists and try out art (many for the first time).... 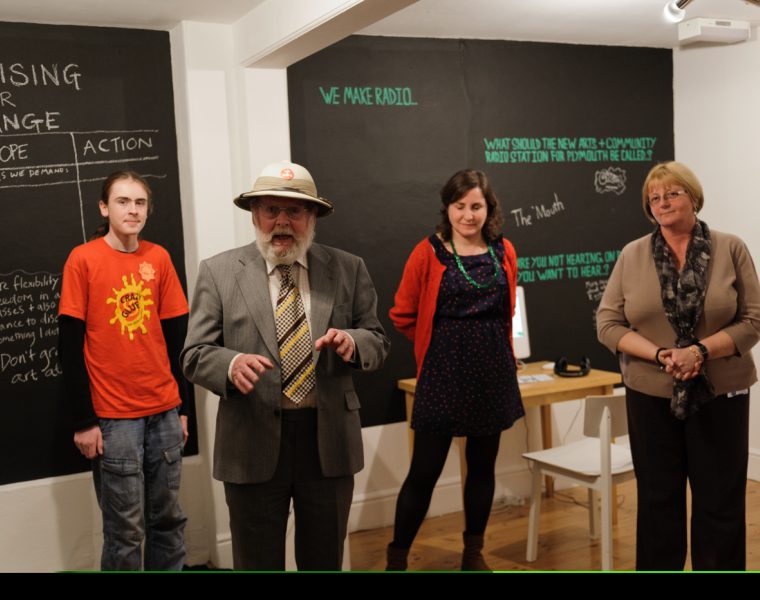