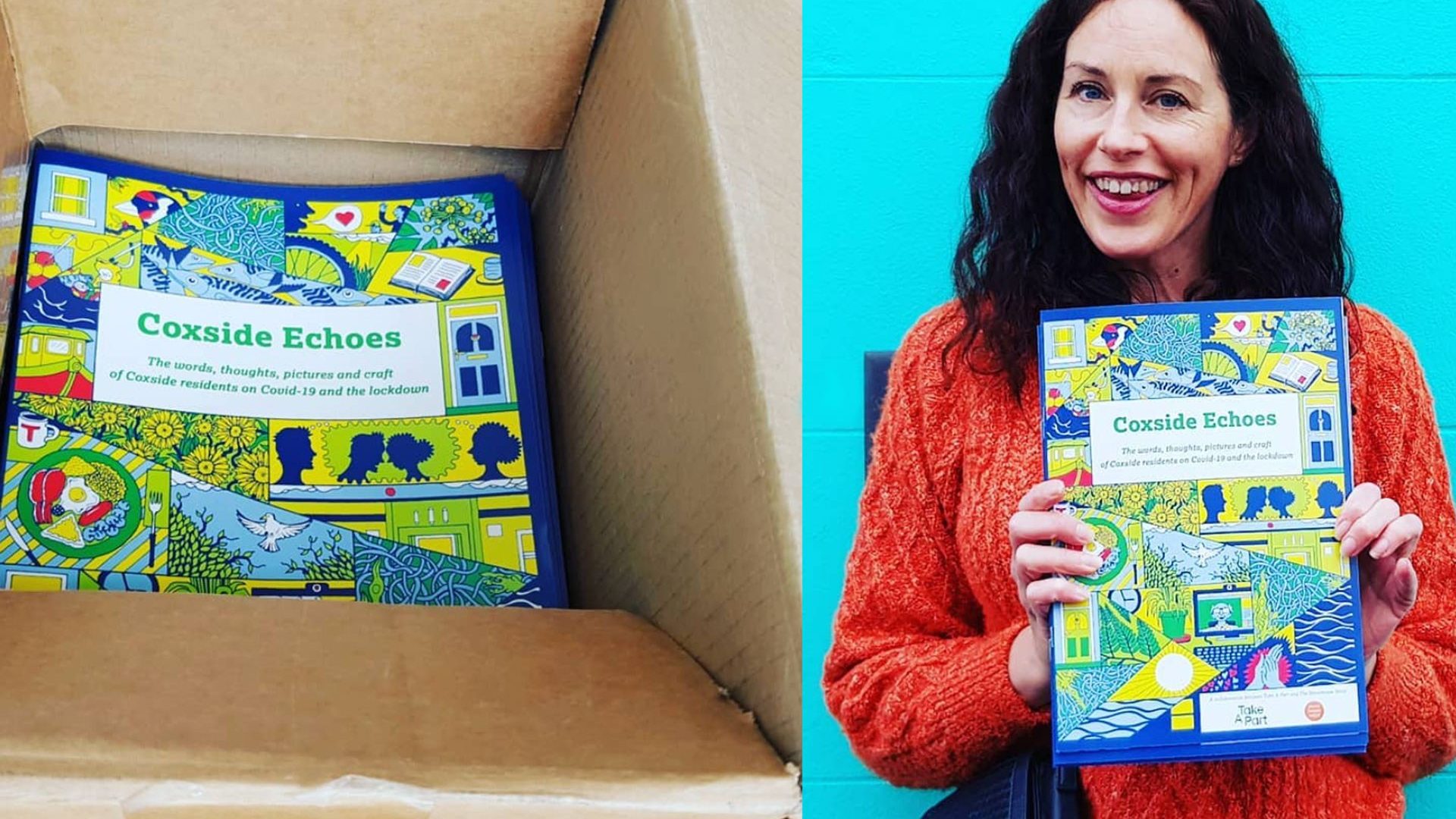 A community magazine developed with and for residents of Coxside.

Coxside Echoes is a community magazine developed with the community of Coxside. The project was developed in response to COVID-19 to find ways to connect and communicate during the pandemic. It is also intended to give people's voices a chance to be heard, to develop new skills and to grow in confidence around writing and producing community news.

During the build up to the first edition, and thanks to funds from Literature Works, Alan also ran a free online training session in writing for community members to kick start the project.

Two editions of Coxside Echoes and one of Stonehouse Echoes were created during 2020 and we're now working with the community on developing more editions. Online versions of the magazine are available below by following the links:

This project has been made possible thanks to funding from the National Lottery Covid-19 fund, Literature Works and the RANK Foundation.