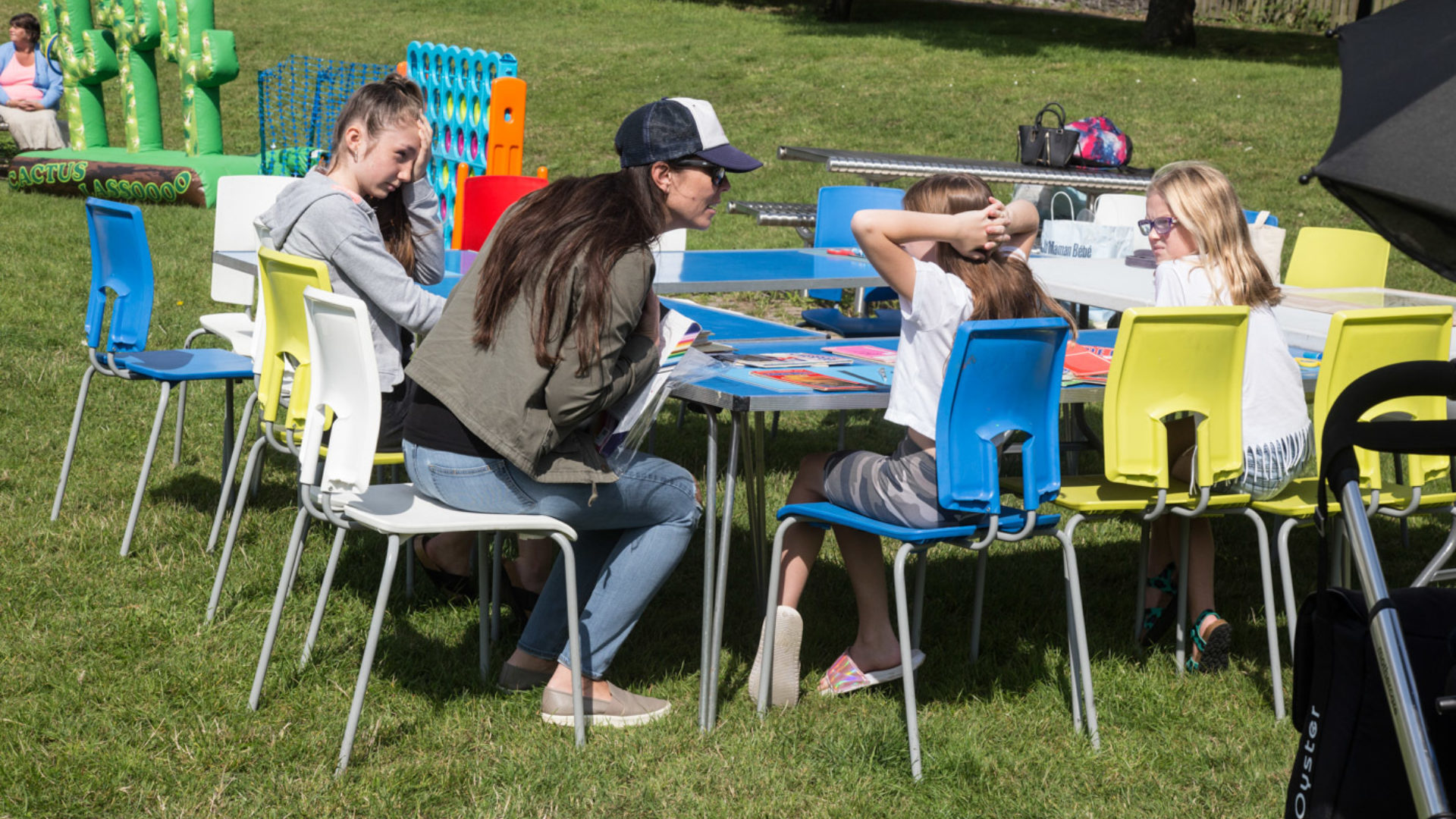 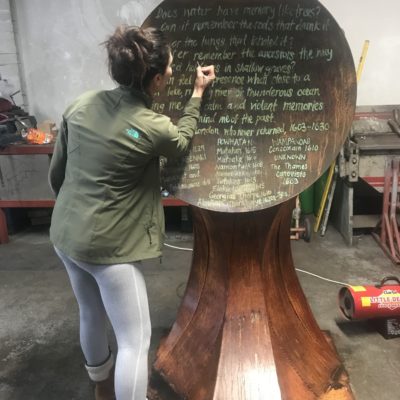 Sarah Sense has been working with Take A Part and the Teat’s Hill community in Coxside for our Reverberations project.

Sarah Sense has been working with Take A Part and the Teat’s Hill community in Coxside for our Reverberations project. Sarah’s sculptural artwork, ‘Listen to the Atlantic, It’s Speaking to You’ was commissioned to explore the reverberations of the Mayflower story and our own, more modern, stories of migration and cultural change. As Plymouth commemorates the 400th anniversary of the sailing of the Mayflower, ‘Listen to the Atlantic, It’s Speaking to You’ asks us to contemplate the impact of the Mayflower’s journey on our collective histories. This artwork begins to connect us to the often forgotten stories between our city and the Native people of North America.

Sarah Sense is an artist from Sacramento, California (1980), living and working between Sacramento, California and Bristol, England. Sense has been practicing photo weaving with traditional basket techniques from her Chitimacha and Choctaw family since 2004. Early works are based on Chitimacha landscape in Louisiana and Hollywood interpretations of Native North America. In 2010 when Sense began to travel the world, her journals, photography and family archives were woven into her mats to tell stories revealing histories that are visually inspired by landscape and contemporary basketry.

Her art has been exhibited internationally when she completed a field search of Native peoples from the Americas, including twelve countries in the Western Hemisphere, for the book and exhibition, Weaving the Americas (2011) Valdivia, Chile. She then traveled to Southeast Asia and the Caribbean for, Weaving Water (2013) Bristol, England. While living in Ireland she collaborated with her Choctaw grandmother for Grandmother’s Stories (2015) Tulsa, Oklahoma, followed by a body of work about family lines and motherhood in Remember (2016) Frankfurt, German. Sense continues her research as a British Library Fellow (2019-20) and installed a sculpture, ‘Listen to the Atlantic, It’s Speaking to You’, at the National Marine Aquarium as part of Take A Part’s Reverberations project.